I’m a medical surgeon graduated in 1993 from Javeriana University in Bogotá, Colombia. That same year, in Paris (France), I started my studies on Anatomy and Hand Surgery until 1995.

For 4 years, which ended in 1999, I continued with my specialization in Aesthetic and Reconstructive Plastic Surgery in the integrated service for plastic surgery at San José Hospital, Central Military Hospital and Lorencita Villegas de Santos Children’s hospital. In 2000, I became a number member of the Colombian Society of Plastic Surgery. 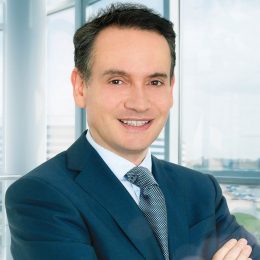 Since 1998 I am part, as a Volunteer Plastic Surgeon, of the Operación Sonrisa Colombia foundation team; a non-profit organization dedicated to low resource families of patients with Cleft Lip and Cleft Palate problems.

“I really think the foundation chose me. When I was a medical student, the first mission of Operación Sonrisa in Colombia arrived at the Duitama Hospital and I had the chance to witness a lip surgery. I promised myself that I would do anything to learn! That was the reason I decided to become a plastic surgeon”.

In the year 2001, in Paris, I studied Facial and Body Aesthetic Surgery at the Clinique Elysée Marignaud under the tutoring of Doctor Gerard FLAGEUL, number member of the Societé Francaise de Chirurgie Plastique, Reconstructice et Esthétique. I also attended as a ‘fellow’ observer in Aesthetic and Functional Nose Surgery with Doctor Gilbert AIACH.

In the year 2002 I did a Sub-specialization at the National Intitute of Cancerology (Colombia) where I obtained my degree as Oncologist Plastic Surgeon, perfecting the techniques on Breast Reconstructive Surgery.

I have more than 20 years of experience in the study and practice of aesthetic and reconstructive plastic surgery, being recognized by my patients and colleagues as an integral plastic surgeon, capable of performing any facial or body aesthetic procedure successfully, with honesty and professionalism.

Schedule your appointment
Go to Top